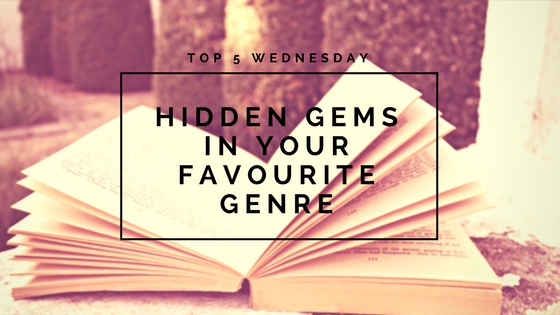 Once again apologies for not posting this on a Wednesday. Has been really hard to catch up on my blog posts with no laptop.

This week’s topic is about Hidden Gems in your favourite Genre. However, I don’t really have a favourite genre. Its YA considered a genre? Because those are my favourite types of books.

So I guess I’m gonna let you know about my Top 5 YA hidden gems.

Goodreads Synopsis: Connor, Risa, and Lev are running for their lives.

The Second Civil War was fought over reproductive rights. The chilling resolution: Life is inviolable from the moment of conception until age thirteen. Between the ages of thirteen and eighteen, however, parents can have their child “unwound,” whereby all of the child’s organs are transplanted into different donors, so life doesn’t technically end. Connor is too difficult for his parents to control. Risa, a ward of the state, is not enough to be kept alive. And Lev is a tithe, a child conceived and raised to be unwound. Together, they may have a chance to escape and to survive.

The Lovely Bones by Alice Sebold

Goodreads Synopsis: The Lovely Bones is the story of a family devastated by a gruesome murder — a murder recounted by the teenage victim. Upsetting, you say? Remarkably, first-time novelist Alice Sebold takes this difficult material and delivers a compelling and accomplished exploration of a fractured family’s need for peace and closure.

The details of the crime are laid out in the first few pages: from her vantage point in heaven, Susie Salmon describes how she was confronted by the murderer one December afternoon on her way home from school. Lured into an underground hiding place, she was raped and killed. But what the reader knows, her family does not. Anxiously, we keep vigil with Susie, aching for her grieving family, desperate for the killer to be found and punished.

Sebold creates a heaven that’s calm and comforting, a place whose residents can have whatever they enjoyed when they were alive — and then some. But Susie isn’t ready to release her hold on life just yet, and she intensely watches her family and friends as they struggle to cope with a reality in which she is no longer a part. To her great credit, Sebold has shaped one of the most loving and sympathetic fathers in contemporary literature.

Goodreads Synopsis: Fifteen-year-old Alexander Cold is about to join his fearless grandmother on the trip of a lifetime. An International Geographic expedition is headed to the dangerous, remote wilds of South America, on a mission to document the legendary Yeti of the Amazon known as the Beast.

But there are many secrets hidden in the unexplored wilderness, as Alex and his new friend Nadia soon discover. Drawing on the strength of their spirit guides, both young people are led on a thrilling and unforgettable journey to the ultimate discovery. . . 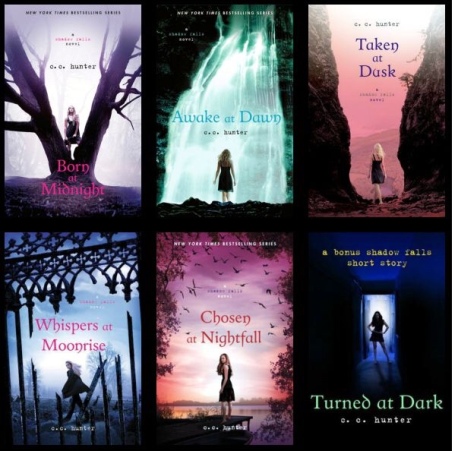 Goodreads Synopsis: One night Kylie Galen finds herself at the wrong party, with the wrong people, and it changes her life forever. Her mother ships her off to Shadow Falls—a camp for troubled teens, and within hours of arriving, it becomes painfully clear that her fellow campers aren’t just “troubled.” Here at Shadow Falls, vampires, werewolves, shapeshifters, witches and fairies train side by side—learning to harness their powers, control their magic and live in the normal world.

Kylie’s never felt normal, but surely she doesn’t belong here with a bunch of paranormal freaks either. Or does she? They insist Kylie is one of them, and that she was brought here for a reason. As if life wasn’t complicated enough, enter Derek and Lucas. Derek’s a half-fae who’s determined to be her boyfriend, and Lucas is a smokin’ hot werewolf with whom Kylie shares a secret past. Both Derek and Lucas couldn’t be more different, but they both have a powerful hold on her heart.

Even though Kylie feels deeply uncertain about everything, one thing is becoming painfully clear—Shadow Falls is exactly where she belongs…

Goodreads Synopsis: Each night at precisely 4:33 am, while sixteen-year-old London Lane is asleep, her memory of that day is erased. In the morning, all she can “remember” are events from her future. London is used to relying on reminder notes and a trusted friend to get through the day, but things get complicated when a new boy at school enters the picture. Luke Henry is not someone you’d easily forget, yet try as she might, London can’t find him in her memories of things to come.

When London starts experiencing disturbing flashbacks, or flash-forwards, as the case may be, she realizes it’s time to learn about the past she keeps forgetting-before it destroys her future.

I realise now that all of them have a touch of fantasy. So maybe YA Fantasy is my favourite genre.

Of this top 5 my absolute favourite book is actually The Lovely Bones by Alice Sebold. I adore that book and forever annoyed at Peter Jackson for ruining it with his film.

Have you read any of the books in this list? What’s your favourite genre?

I still can’t believed that I actually did it this time around 🥹
I truly believe that sometimes books have a way of finding you when you most need them and “Wearing My Mother’s Heart” by @sophiathakur came in and touch me deeply.
Another book read over my Greek Holiday ☀️
Last night, I got the pleasure to visit my local theatre to watch the new musical “Are You As Nervous As I Am?” 🎶
Had a wonderful time last night at the Get up, Stand Up: The Bob Marley Musical 🎶
My second time watching &Juliet last night and it was just as fun as my first time almost 3 years ago 🤩